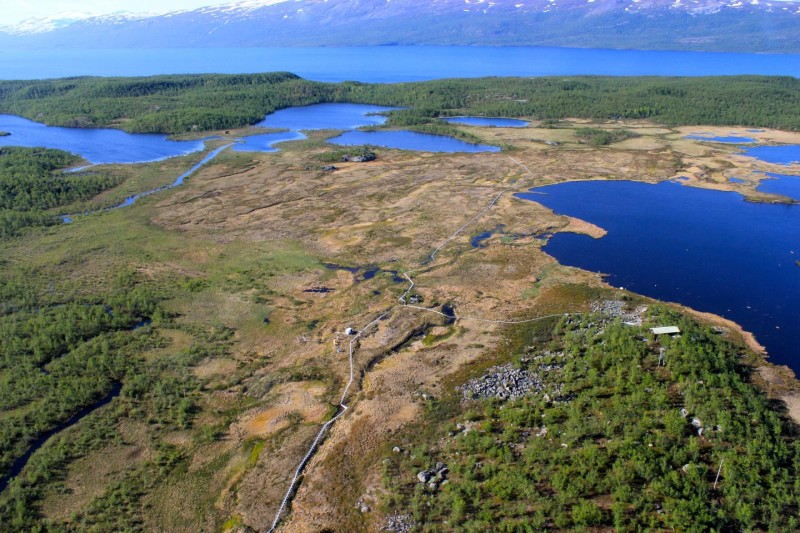 Soil microbes are among the world’s biggest potential amplifiers of human-caused climate change, but whether microbial communities are mere slaves to their environment or influential actors in their own right is an open question. Now, research by an international team of scientists from the U.S., Sweden and Australia, led by University of Arizona scientists, shows that a single species of microbe, discovered only very recently, is an unexpected key player in climate change.

The international team discovered that a single species of microbe, previously undescribed by science, was prominent in permafrost soils in northern Sweden that have begun to thaw under the effect of globally rising temperatures. Researchers suspected that it played a significant role in global warming by liberating vast amounts of carbon stored in permafrost soil close to the Arctic Circle in the form of methane, a powerful greenhouse gas trapping heat in the Earth’s atmosphere. But the actual role of this microbe — assigned the preliminary name Methanoflorens stordalenmirensis, which roughly translates to “methane-bloomer from the Stordalen Mire” — was unknown.

Soil microbes can make methane two different ways: either from acetate, an organic molecule that comes from plants, or from carbon dioxide and hydrogen.

“Both processes produce energy for the microbe, and the microbe breathes out methane like we breathe out carbon dioxide,” McCalley said. “But we find that in thawing permafrost, most methane initially doesn’t come from acetate as previously assumed, but the other pathway. This ratio then shifts towards previous estimates as the frozen soils are turned into wetlands and acetate becomes the preferred carbon source.”