During the course of last week we opened up a soil profile that was very interesting to investigate. The field where the pits were excavated has a history of producing poor, patchy crops and variable yield. The pit shown was dug in an area of poor growth and it was amazing to see what lay beneath. Brilliant blue dye was used to provide evidence as to the preferential flow patterns of water.

The profile is classified as a Solonetz, which means there is high levels of sodium present in the soil, arising primarily from high sodium levels deposited in calcareous sub soil. This has lead to a distinctive columnar soil structure developing from approximately 15 cm down in to the profile. This columnar structure results in vertical cracks forming down through the profile which lets the lighter sandy topsoil moved down in the cracks.

When water infiltrates through the profile it is evident that the water preferentially flows down the cracks as the rest of the soil is relatively impermeable. The root depth in this profile was relatively shallow with the soil use efficiency of the available profile being rather poor. The ensuing poor nutrient and water use efficiency has then been evident in poor crop performance. 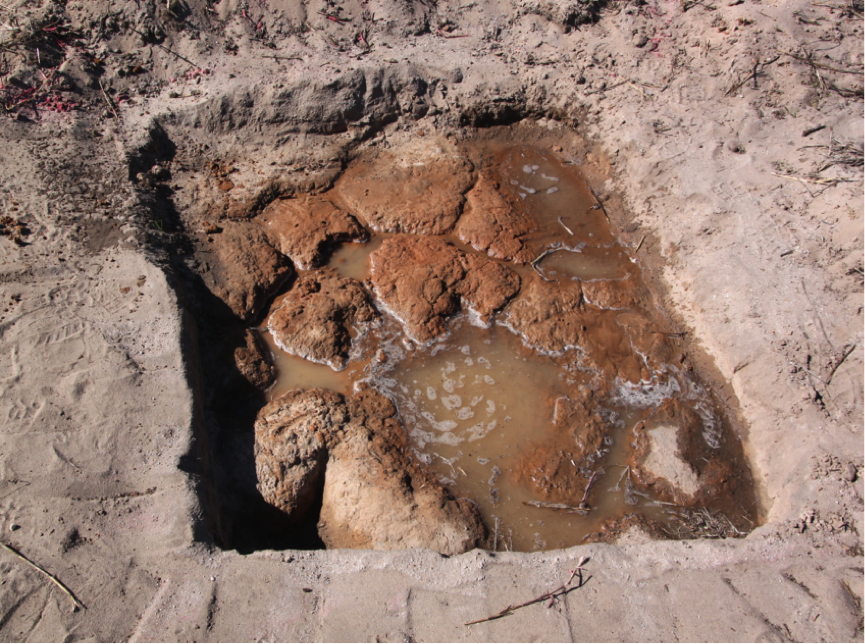